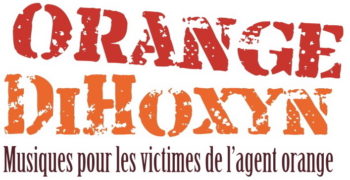 Ms Tran To Nga is a French woman of Vietnamese origin who was contaminated by Agent Orange. Since 2014, she has been taking legal action against 14 manufacturers and suppliers of the defoliants which the US army sprayed on Vietnam during the war. Her case was dismissed on 10 May 2021 by the court at Evry. This is not the first time that a Vietnamese victim has been denied while American veterans, with the same pathologies associated with Agent Orange, have been compensated. Why these double standards? It is useful to recall the facts.

During the Vietnam War, in order to starve out resistance fighters and destroy their hideouts, the US military discharged 73 million litres of herbicides and defoliants over crops and over the jungle. These chemicals were called ‘agents’ – white, blue, orange – after the colour of the stripes painted on the metal storage drums. Agent Orange, by far the most frequently used, contained Seveso  dioxin, an extremely toxic poison that causes serious illness, degrades only very slowly and can be passed on from generation to generation. This is why it continues to claim victims today.

What about former US soldiers who were contaminated by the defoliants they had used in Vietnam? Having returned to the USA, in 1977 they filed claims for compensation with the government for illnesses which they associated with their exposure to Agent Orange.

When their claims were rejected they took legal action against the companies that had produced and sold the toxins to the US government. In 1984, to avoid a lawsuit they feared losing, these companies agreed to an out of court settlement, paying $180 million to a veterans’ compensation fund. In return, the veterans withdrew their claims and undertook not to file further claims. In total, 52,000 veterans were compensated and with the $180 million spent, the fund was closed in 1997.

Furthermore, the American veterans won a second fight. In 1991, the US Congress passed the Agent Orange Act, which ordered the Department of Veterans Affairs to ask the National Academy of Sciences (NAS) to conduct studies to determine the effects on health of exposure to the herbicides and defoliants used during the Vietnam War. In 1995, the NAS published a preliminary list of diseases linked to contamination by these chemicals. Currently, 14 diseases are on this list and the US government has agreed to compensate its contaminated veterans.

What is the situation now for the Vietnamese? Following official recognition by the United States of the link between 14 diseases and Agent Orange, Vietnamese victims of this poison founded the Vietnamese Association for Victims of Agent Orange (VAVA) in 2003 and filed a class action lawsuit in Brooklyn, NY, against 37 defoliant manufacturers (including Dow Chemicals and Monsanto) in 2004 for crimes against humanity and war crimes.

The court dismissed their case on the grounds that the use of defoliants and herbicides as weapons of war was not prohibited by law. But this is a specious argument. In fact, on 17 June 1925, 38 nations had signed the Geneva Protocol, an agreement prohibiting “the use in time of war of asphyxiating, poisonous or other gases, and of all analogous liquids, materials or devices”.

The United States was one of the signatories of this treaty … but for 50 years failed to ratify it. Only on 10 April 1975, two weeks before the end of the Vietnam War, did it finally ratify the protocol. Thus – the height of the ridiculous – the Brooklyn court was able to affirm that the use of chemical weapons by the US army was perfectly legal during the Vietnam War and therefore the United States had not committed any war crimes or crimes against humanity during that war. How pertinent is this argument when more than 140 countries have adhered[1] to the Geneva Protocol? Has not the United States been on the margin of international law for half a century? Vietnamese victims appealed to the US Supreme Court but the appeal was rejected in 2009. All seemed lost.

But hope was born in 2013 when France passed a law allowing a French victim of a wrong committed abroad, by a foreigner, to bring a complaint before the French courts. Ms Tran To Nga, a French-Vietnamese resistance fighter contaminated by Agent Orange, was thus able to sue 17 chemical companies that had produced and supplied defoliants to the US Army. Her case was dismissed on 10 May. The arguments developed by the judges of the court at Evry[2], who found her application “inadmissible”, are worth reporting. The judges first note that:

“The immunity from jurisdiction of sovereign states is a principle of customary international law … (whereby) no sovereign state may impose its jurisdiction upon another …  The benefit of this immunity in civil proceedings pursues the legitimate aim of observing international law in order to promote courteousness and good relations between states… A person governed by private law is entitled to avail himself of the principle of immunity from jurisdiction when he intervenes in the performance of an act on the orders or on behalf of a state, constituting an act of sovereignty”.

However, the judges continued, the defendant companies (Monsanto, Dow …)

“By supplying and/or producing Agent Orange to the US Army, were obliged to act within the framework of the military programme “Operation Trail Dust”, approved in 1961 by the President of the United States and implemented by the US Air Force, under the sub-programme “Operation Ranch Hand”… it is clear from the documents submitted to the court that the orders for Agent Orange made to the defendant companies were marked ‘DO-C9 certified for national defence use’, so that they had no other purpose than to satisfy the national defence needs of the US Government. This analysis is confirmed by the declassified US Army briefing note submitted to the court, which shows that in February 1967, the Secretary of Defense instructed the Army to prepare production plants with a view to diverting all commercial production of Agent Orange to meet military needs in South East Asia. Thus, by letter of 24 March 1967, addressed to Monsanto Company, Diamond Alkali, Hercules Incorporated and Dow Chemical Company, the US Department of Commerce “instructed the acceleration of delivery” of orders for defoliant orange and set the production rate for each of these companies… In the present case, this is not a request or order which the defendant companies were free to refuse, but a request which the defendant companies could not oppose without risking sanctions, in particular criminal sanctions.”

This reasoning is hardly applicable. First of all, the US armed forces sent to Vietnam did not go there to “defend” their country. The reality is that the US was the aggressor and the Vietnamese resistance fighters were defending their country. The roles should not be reversed.

And what is the value of the argument that the Evry court could not prosecute the chemical companies because they were requisitioned by the US government and therefore enjoy state immunity from jurisdiction? To answer this question, consider the following statistics:

Herbicides and defoliants spread on Vietnam from 1961 to 1971

** Quantities spread by airplanes. Those applied by helicopters or directly by spraying on the ground are not counted in the totals.

We can see first of all that out of the seven herbicides and defoliants, five contained dioxin and together they represented 2/3 of the total quantities discharged on Vietnam. We also see that the spraying began in 1961 and that from 1965 onwards, there was a real “explosion” in the quantities. Indeed, the war intensified from that date onwards and the American armed forces needed more and more defoliants. That is why, in 1967, the US government started to requisition the production of defoliants from American chemical companies. Could the Evry court not at least condemn the chemical companies for freely supplying the US forces with defoliants between 1961 and 1967?

In the final analysis, American and Vietnamese victims of Agent Orange are not treated in the same way.

1 – The chemical companies as well as the American government acknowledge that the defoliants and herbicides sprayed on Vietnam are responsible for serious diseases and compensate the Vietnam War veterans. At the same time, they refuse to compensate Vietnamese victims of the same diseases. Two explanations can be advanced to explain this refusal. On the one hand, the number of Vietnamese victims of Agent Orange and the contaminated areas being considerable, the cost of compensation would be extremely high. But there is also a political reason. By compensating the Vietnamese and Vietnam, the US would de facto admit that it lost the Vietnam War: only the defeated must pay compensation and war reparations to the victors. This is why the world’s greatest power refuses to acknowledge its political, diplomatic and military defeat by a peasant people.

2 – As for the Evry tribunal, it did not want to condemn the American chemical companies because it preferred to remain “courteous” towards the US government, rather than render real justice. In doing so, it does itself no favours in the eyes of international opinion.

President and Founder of

[1] Instead of signing and ultimately ratifying the Protocol, a state can become party to a treaty by a single act known as ‘accession’.